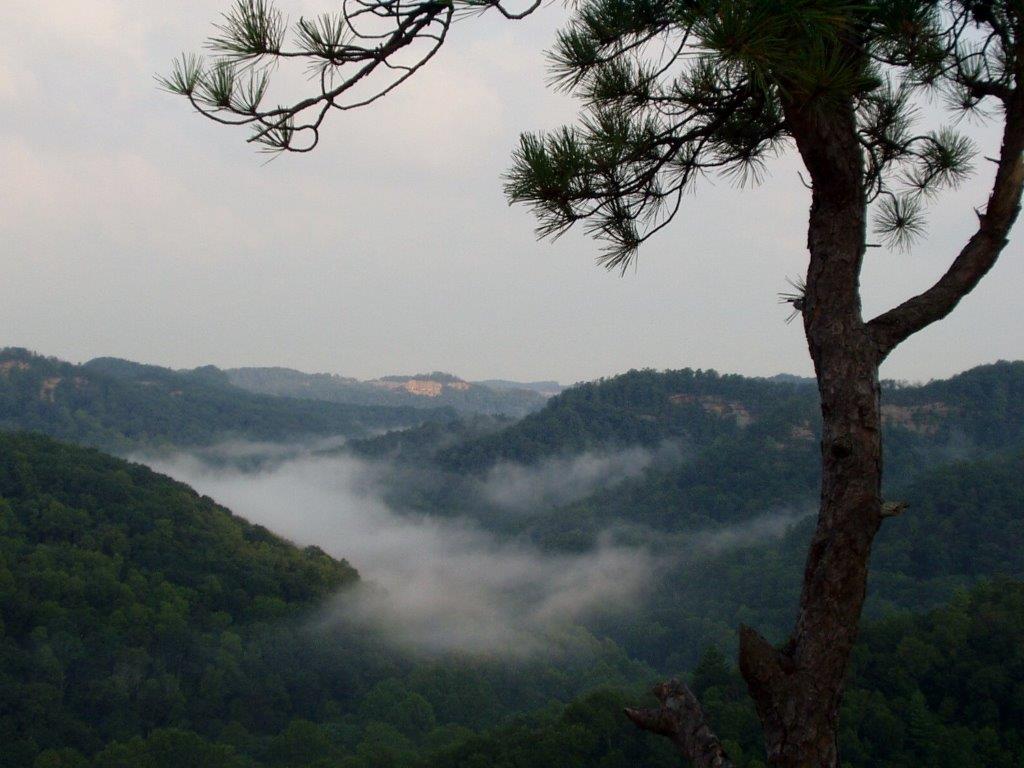 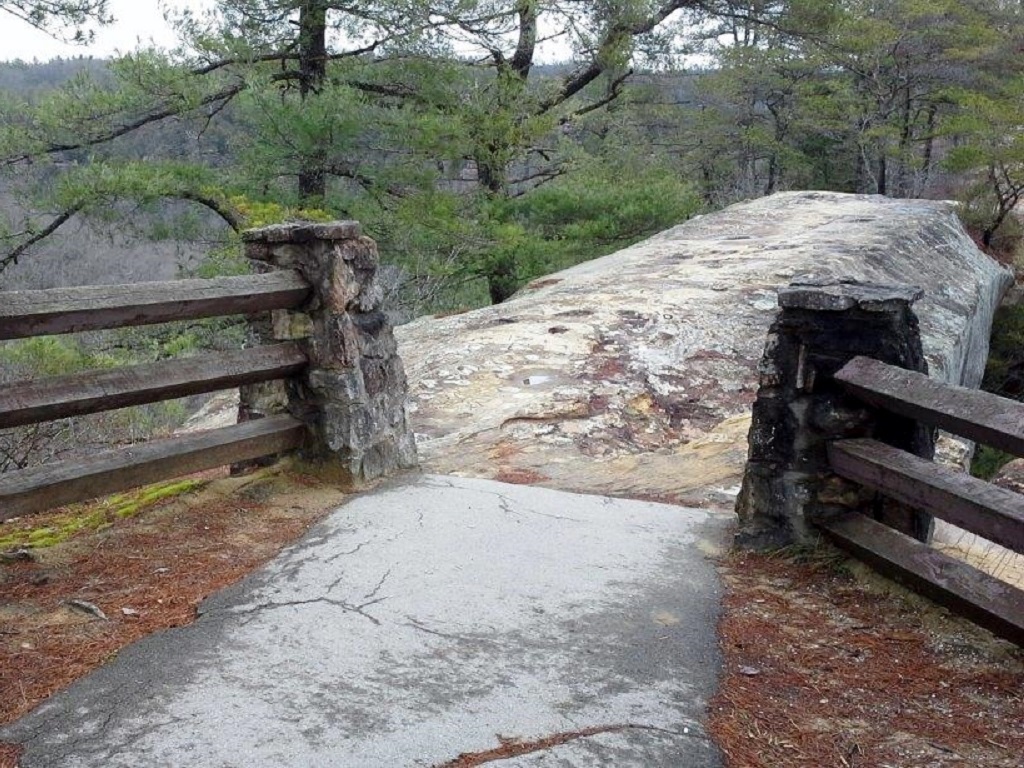 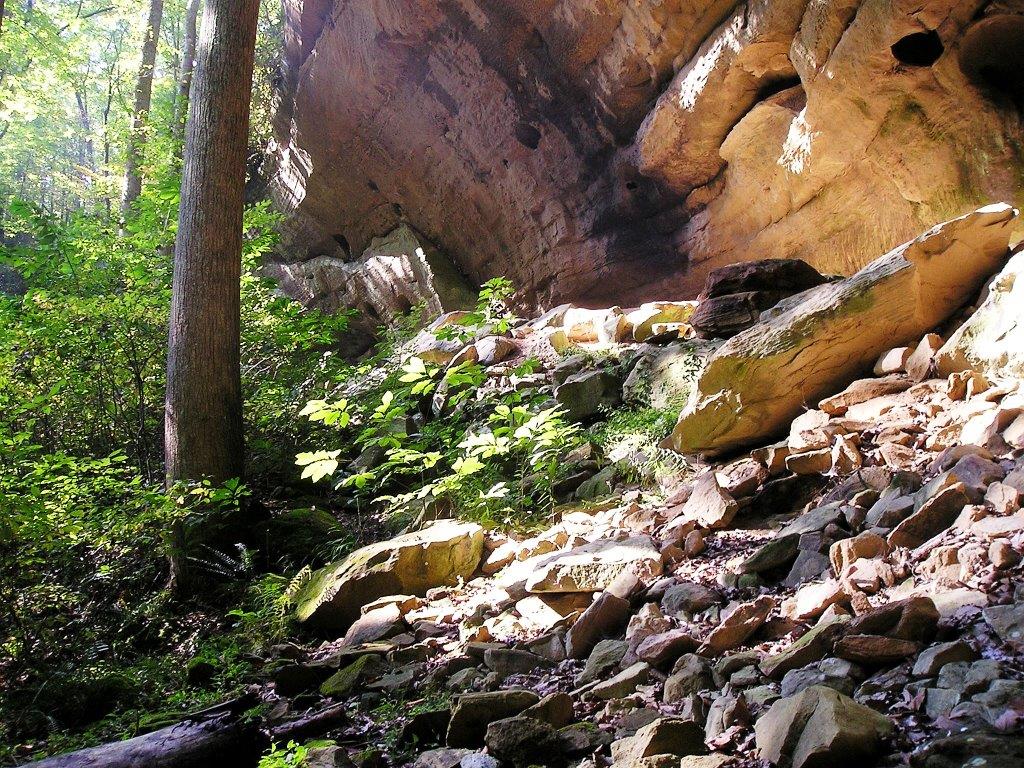 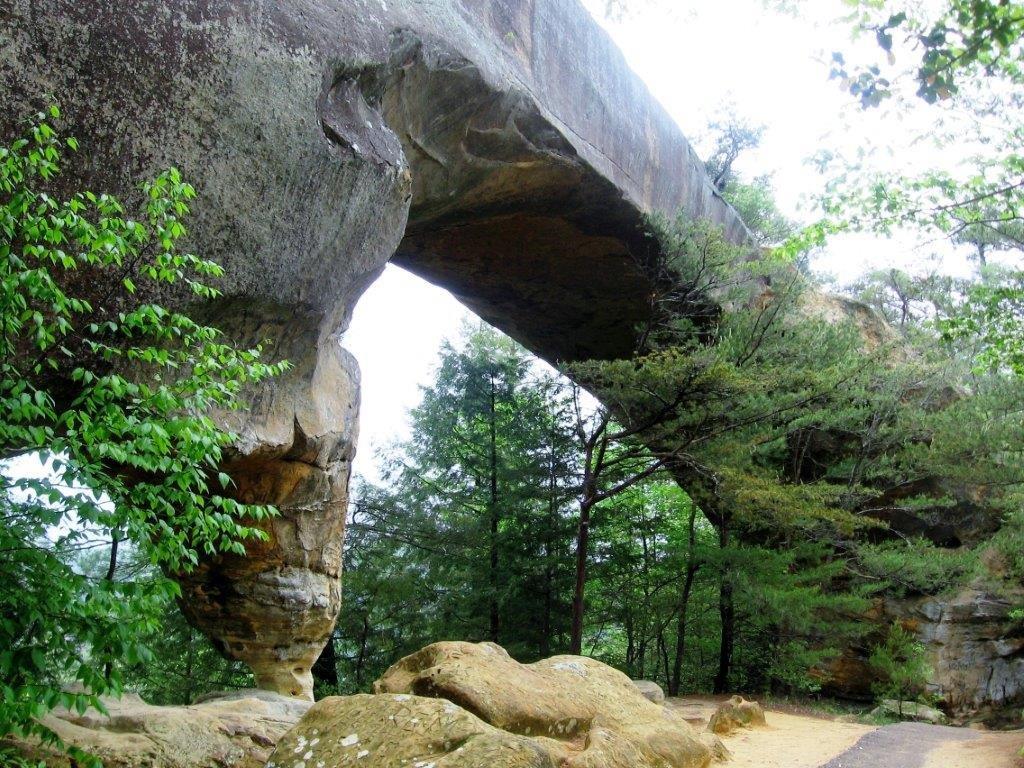 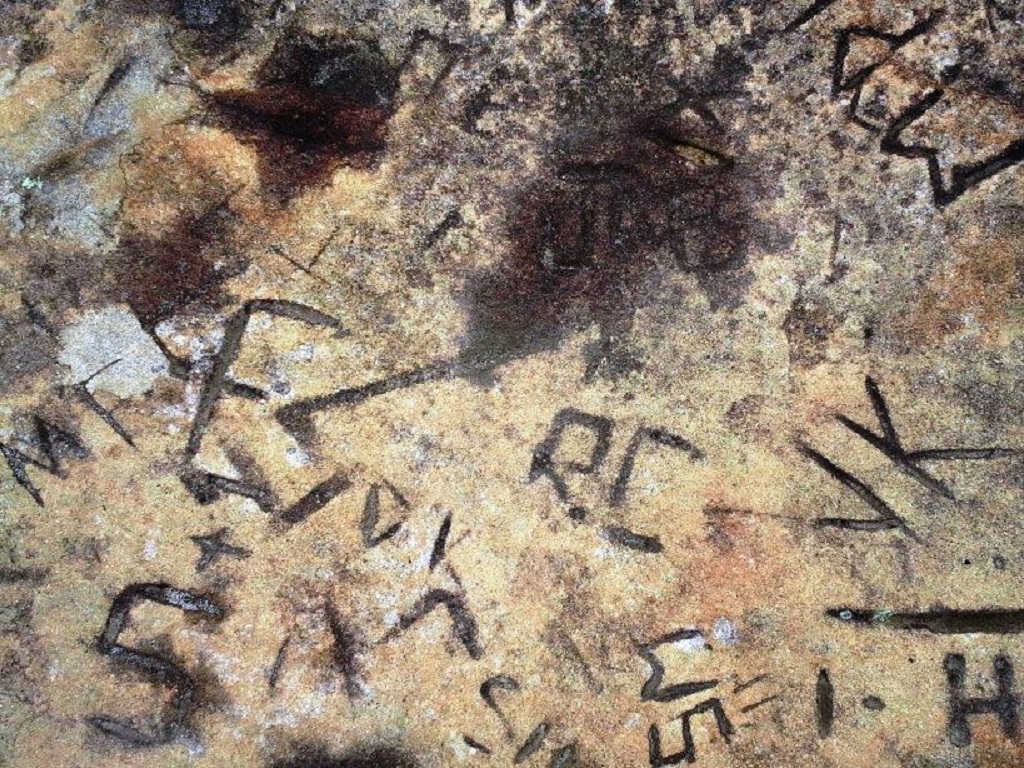 For millions of years, the Red River and its tributaries have carved the gorge into narrow ridges and valleys. Wind and water have sculpted these ridges into arches for the past 10,000 years. Ridgetop arches, such as Sky Bridge, are the most common type of arch in the Red River Gorge. Over 100 natural sandstone arches are found here, the largest concentration east of the Mississippi River.

These types of arches form when a harder layer of sandstone overlays a softer one. What makes the layers hard or soft depends on how much limonite is in the sandstone. Limonite is a natural form of rust that cements the sand into stone. More limonite makes the sandstone harder, whereas less makes it softer. Sky Bridge has a harder layer of sandstone on top, with a softer layer below. This has allowed the underside of Sky Bridge to erode away, while the top remains. Typically a shallow cave or rockshelter forms on each side of the ridge. As erosion deepens the rockshelters, they eventually meet forming a small hole known as a lighthouse. Over time the lighthouse grows into a mature arch as more sandstone is eroded away. Erosion will continue until one day (in the distant future) Sky Bridge collapses under its own weight.

Sandstone arches are fragile and are easily damaged by graffiti. Graffiti detracts from the natural beauty of Sky Bridge. Please don’t spoil the experience of future visitors.