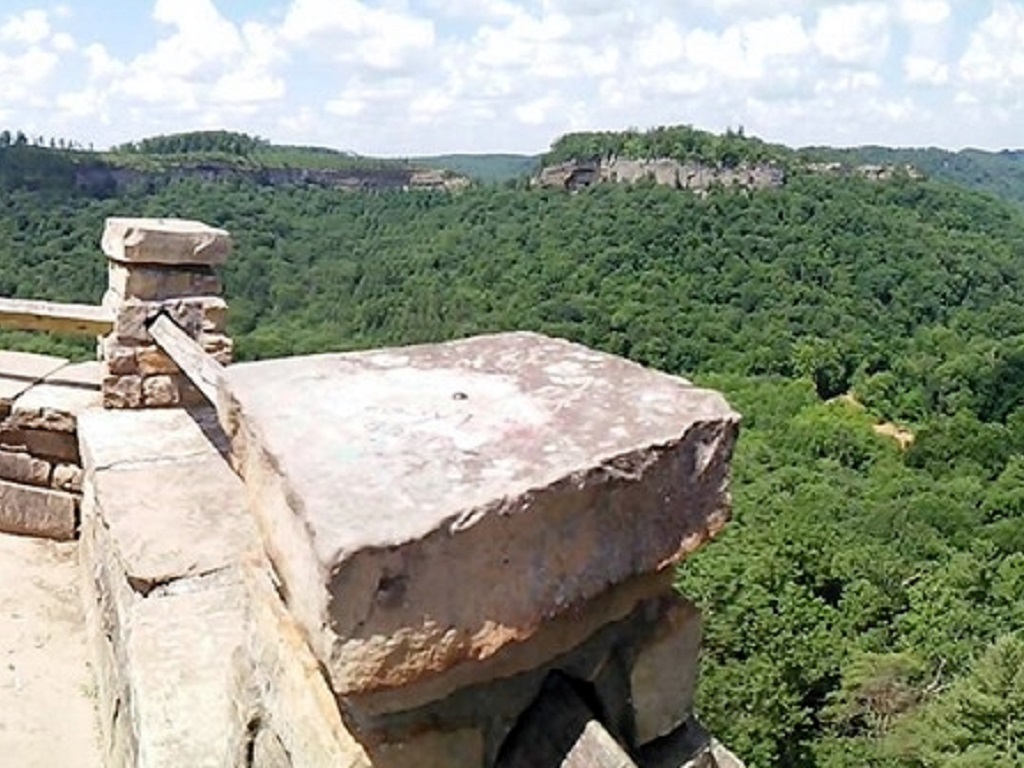 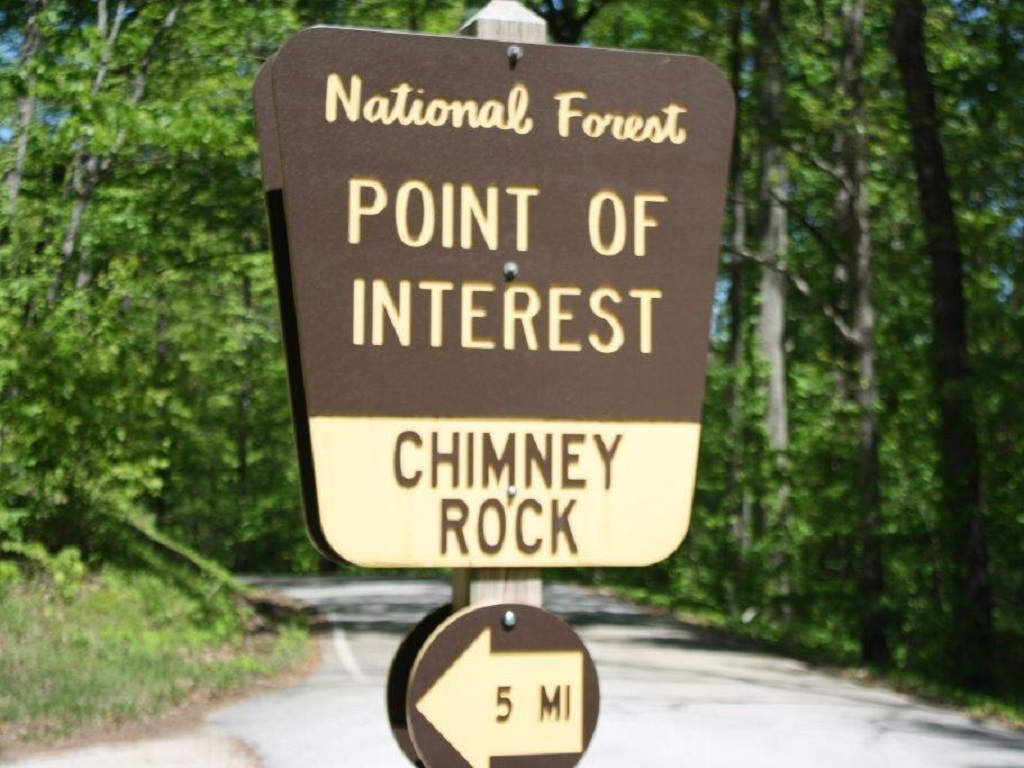 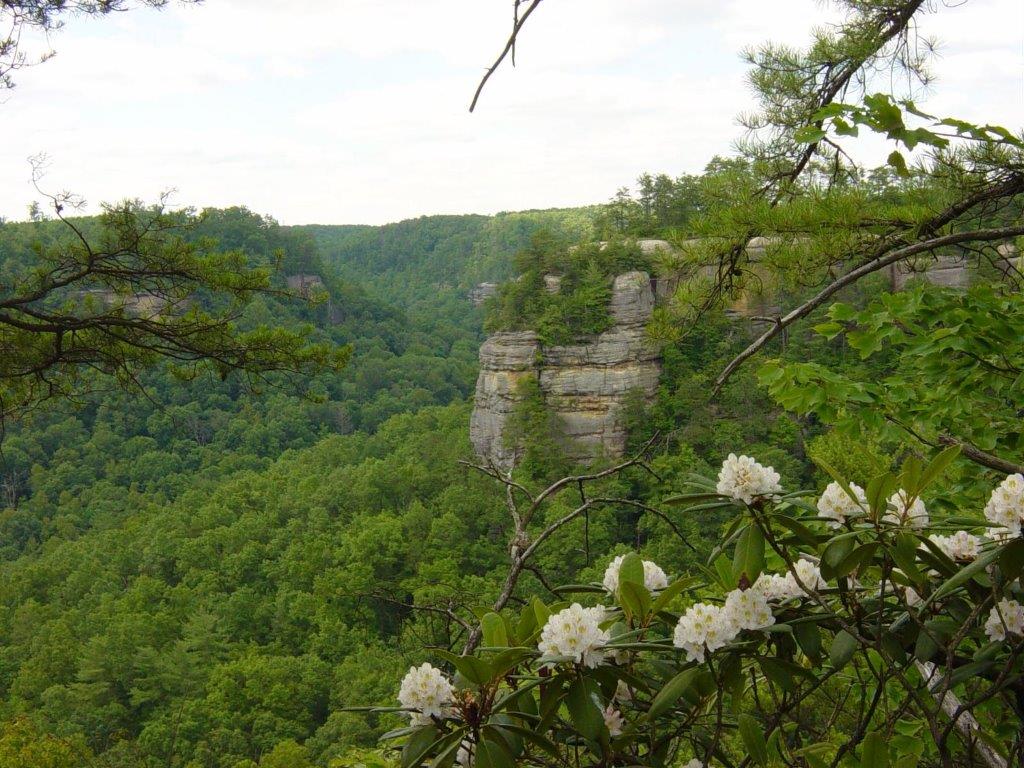 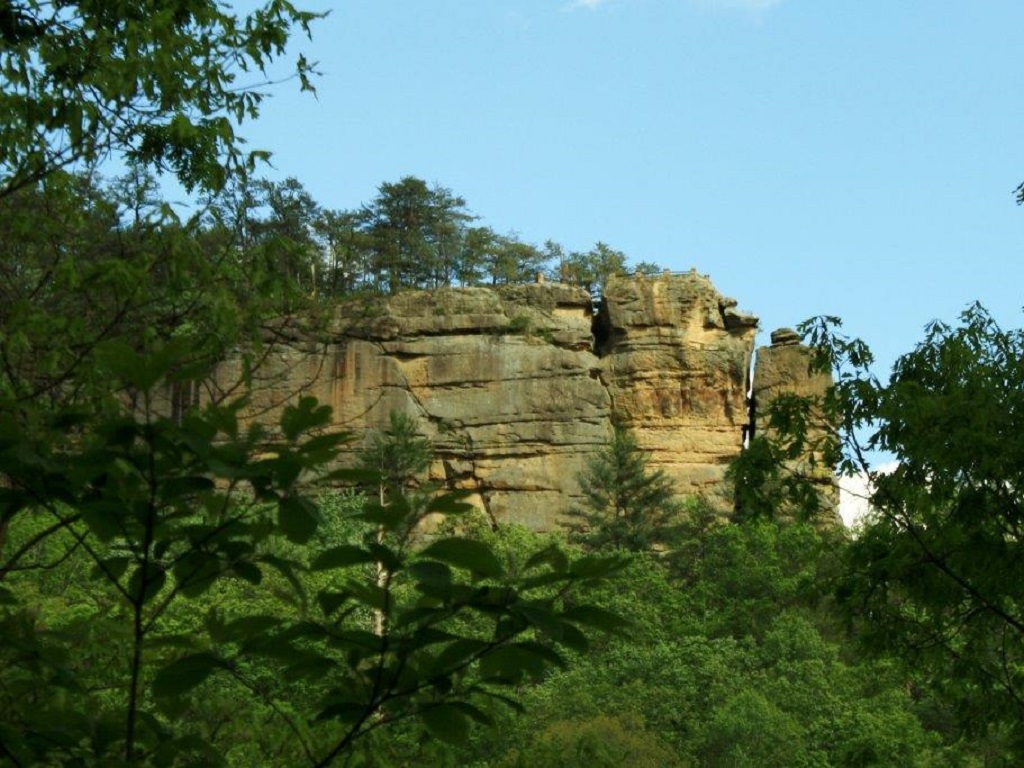 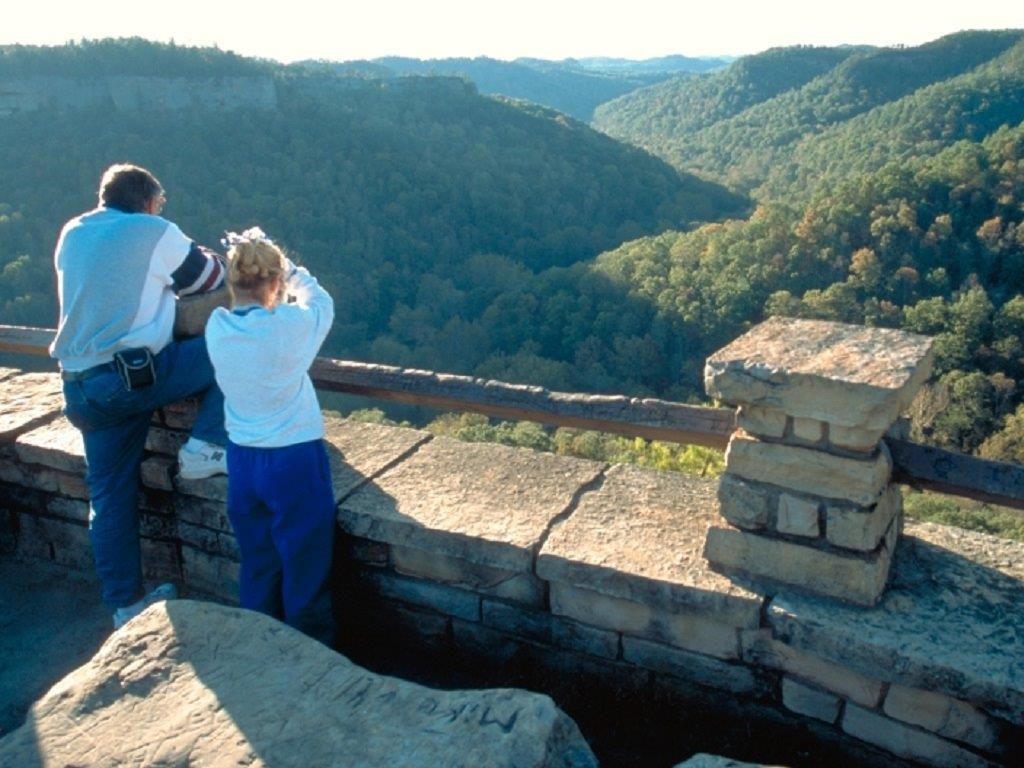 Where you stand towers 400 feet above the Red River. As you look out over the ridges and valleys of the gorge, it’s easy to mistake them for mountains. These cliffs were created not by uplift, but by the slow and steady carving of the Red River. The Red River Gorge is located in the foothills of the Appalachian Mountains on an area called the Cumberland Plateau. A plateau is a flat, elevated landform that rises sharply above the surrounding area. The Cumberland Plateau was formed when, over millions of years, vast amounts of sand and sediment were deposited here by ancient rivers flowing from the Appalachian Mountains. Over time, this sand and sediment were formed into stone. As the Red River and its tributaries carved into the thick layer of sandstone, valleys deepened, and soaring cliffs were formed.