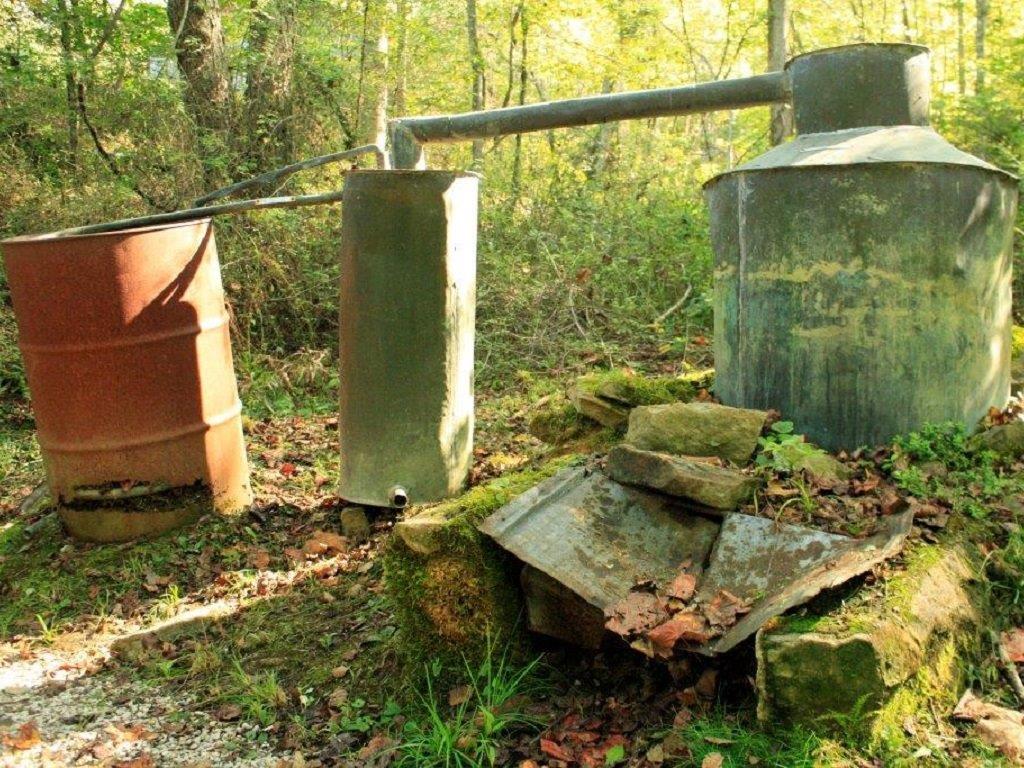 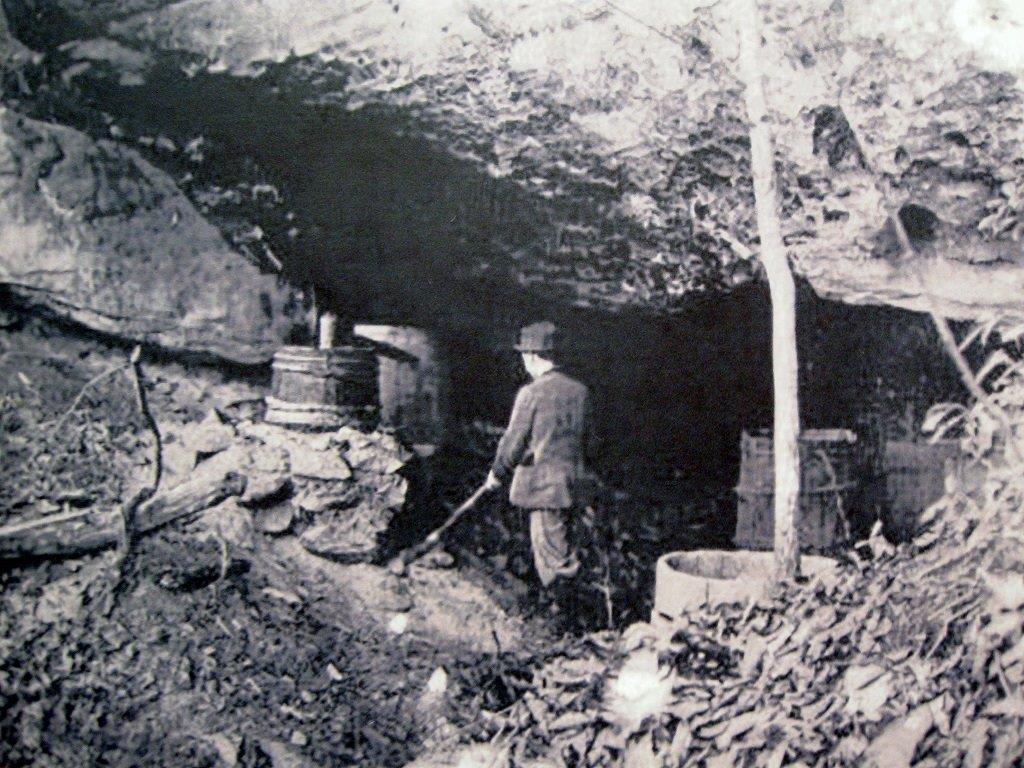 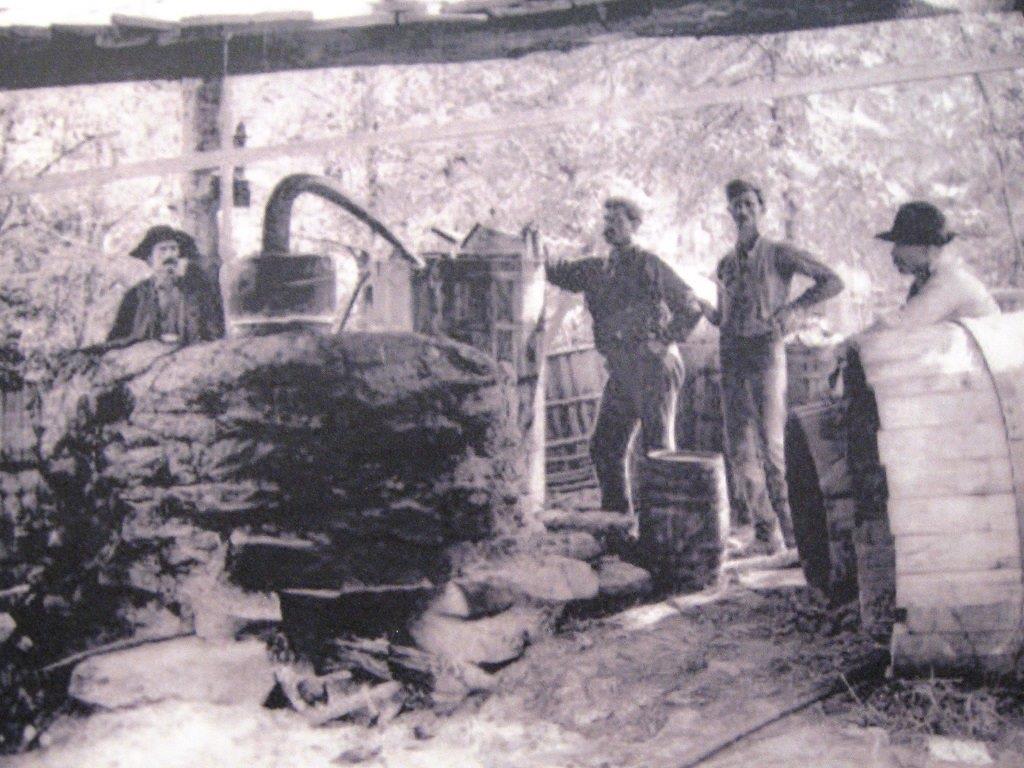 Many Red River Gorge residents produced moonshine as an additional source of income. Moonshiners were so prolific in the gorge that during prohibition, IRS agents would stand atop cliffs looking for smoke rising from stills. One such place, known as Revenuer’s Rock, can be seen from Chimney Top Overlook.

Typically, well-made Kentucky moonshine was about 100 proof (or 50%) alcohol. The usual method of making moonshine was to grind corn into a meal with malt and yeast to make a mash. Once the mash ferments, it is heated in the still. As the alcohol evaporates, the vapor is forced through the cap arm into a thump keg. The thump keg condenses and then re-evaporates the alcohol, doubling the distillation and increasing the proof. Once the vapor leaves the thump keg, the alcohol travels through the worm, a length of copper pipe that is coiled inside of the worm box cooled from water diverted by a nearby creek. The cooling condenses the alcohol vapor into liquid and exits through a tap where it is collected.