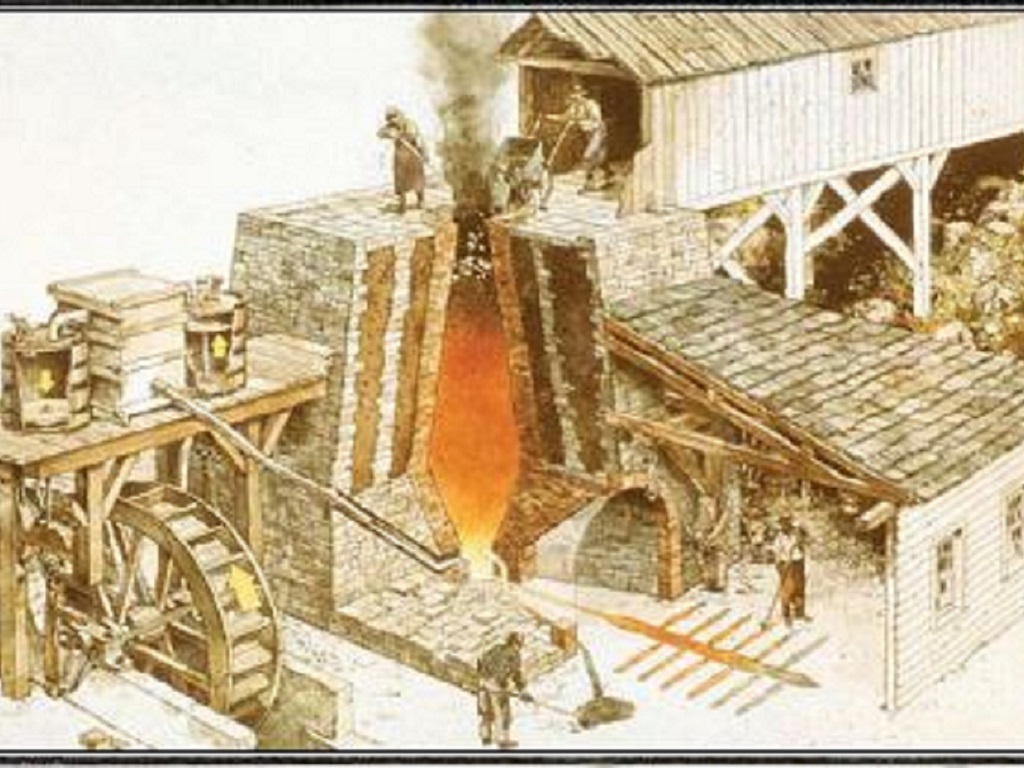 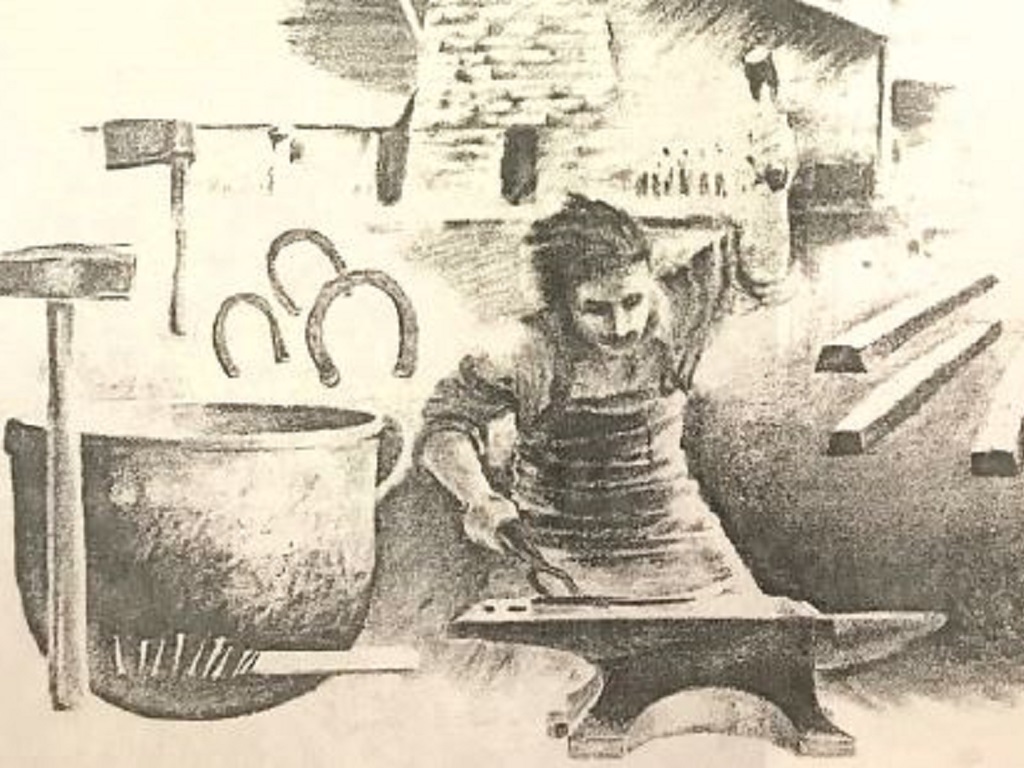 Historic ironworks were elaborate industrial complexes. The furnaces were strategically located where raw resources were plentiful, typically adjacent to a steep hill and flowing water. A wooden bridge often connected the hilltop to the top of the furnace where workmen delivered ore to the stack. A shed in front of the furnace housed the iron casts in sand-formed grooves.

Air was pumped or blasted into the furnaces to increase the temperature of the fire. This blast technology changed over time. Early furnaces such as Slate and Beaver used water wheel-powered bellows for a cold blast system, while later furnaces such as Bath and Fitchburg used a steam engine to power a hot blast system.

The ironworks required an extensive workforce, attracting hundreds of employees. With the laborers came their families, and soon "iron plantations" or "boom towns" developed as communities with housing, trade services, and other amenities. To keep employees through the duration of the operations, payroll was often made through company store vouchers rather than currency. Highly skilled masons constructed the furnaces from cut stone. Many of these structures stand today as a testament to their expertise.

Iron ore was sought by early entrepreneurs, but limestone and lumber were also required. Ox carts were used to transport raw resources, but flatboats on rivers were needed to transport the produced iron. Eastern Kentucky's geology and bountiful nature delivered on all accounts, providing rich resources and multiple waterways.

To charge the furnace, layers of iron ore, limestone and charcoal were top - loaded into the furnace stack that stood 30 feet or more above ground. The melt settled into a widened area known as the bosh. The core narrowed again into the hearth.

Limestone chemically bonded to the charcoal and impurities in the ore, floating to the top as a glassy slag. The slag was collected through a notch in the side of the furnace and discarded nearby. Pure melted iron ran out through a notch at the bottom of the hearth, which was directed through trenches dug into sand to create rectangular bars.